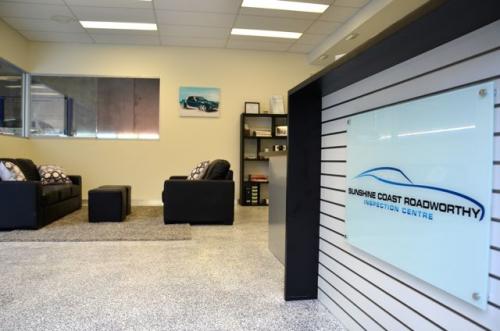 Sunshine Coast European Vehicle Centre (also known Sunshine Coast Roadworthy Inspection Centre) is an independently owned and operated mechanics and service centre in Kunda Park on the Sunshine Coast. We are a proud family-owned business with over 40 years of experience in the automotive industry. We strive to provide professional, honest service to our clients; you can be confident that your vehicle will be in safe and dependable hands. We offer a full range of motor vehicle repairs, service and maintenance, with a particular focus on European vehicles, Roadworthy and Safety Certificates and Smart Cars.

Sunshine Coast European Vehicle Centre (also known Sunshine Coast Roadworthy Inspection Centre) is owned and operated by Sheridan and Geoffrey 'Webby' Webb. Webby has worked in the motor vehicle industry for over 40 years, starting as a mechanic apprentice with Charlie's Autos/RACQ in Hervey Bay in 1981. After seven great years working for Charlie, Webby took an opportunity to lease his own premises and start his own mechanical business, G&G Autos, later renamed G&K Autos, which grew a large community following and support.

G&G Autos was founded in 1998 in a newly built, state-of-the-art industrial building outfitted with new equipment and tools. Here, Webby specialised in LPG installations, motor vehicle servicing, repairs and roadworthy certificates. He was also contracted by the Government to service their fleet vehicles, which included police, ambulance and electricity board vehicles. This contract lasted over 10 years before Webby decided to sell his business in 2002 for a change of scenery.

After Webby sold his Hervey Bay business in 2002, he found the sea change he was looking for on the Sunshine Coast. After taking a few years off, he found that he just couldn't keep his hands clean, so in 2010, Webby and his wife opened Sunshine Coast Roadworthy Inspection Centre in Kunda Park. The business was once again established to provide the local community with unrivalled friendly and trustworthy service. With a particular focus on roadworthy, European vehicles and Smart Car parts and compliance, the workshop also performs all motor vehicle repairs, service and maintenance needs.

Ky, Geoff and Sheridan’s son joined the Sunshine Coast European Vehicle Centre team as a qualified mechanic and the father and son team can take on any challenge. In 2013, the business relocated to a larger workshop in the Kunda Business Park at 6/24 Hoopers Road. The new location is a modern and comfortable space with a facilitating office and waiting area, as well as a viewing area where customers can see Geoff in action while their vehicle service and repairs are being completed.

We are European vehicle specialists, providing a wide range of services ranging from major repairs to minor tune-ups. We're experts in all things European - whether it's Volkswagen, Audi, BMW or Mini - so no matter what make or model you drive, we can take care of it!

Contact Geoff and Ky today! Whether you are needing mechanical advice, a roadworthy or book in your vehicle for a logbook service, Sunshine Coast European Vehicle Centre are the ones to call.

Get In Touch
Scroll To Top